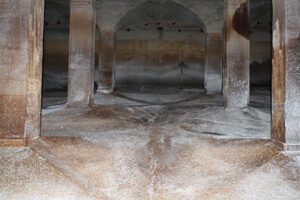 Chlorination is a typical part of creating drinkable water around the world.

Clear, clean drinking water is no accident. To get the potable water from the tap that everyone loves to drink, feed the pets and plants with, and wash the car with, water systems must disinfect the raw water from rivers, streams, the ground, etc. Through the chlorination of water systems, people around the world can drink and use clean, delicious water.

The History of Chlorination

Using chlorine to treat water dates backs centuries. It was in 1744 that Sweden discovered chlorine in the first place. By 1835, people began to use chlorine to extinguish the odors in untreated water, which they believed were the cause of many diseases. It was in 1890 that they discovered that chlorine not only eliminates waterborne odors, but that it also inactivates and kills harmful microorganisms in water. Thus, Great Britain, America, and Canada began to use chlorination as a means of limiting waterborne diseases at the turn of the 20th century. Ever since, chlorination has been the high standard to which all other forms of water treatment are compared.

Raw water can contain many different microorganisms, not all of which are harmful to the human body. However, there are ones that are harmful, and these are called pathogens. A chemical must inactivate or kill off any pathogens that are in the water for a population to have safe drinking water.

Chlorine is proven to be effective in disinfecting water of pathogens, bacteria, viruses, algae, etc., without endangering human health in the process. It has been so effective that waterborne illness is virtually a thing of the past. However, two concerns are that they have the potential to produce halogenated hydrocarbons and that they could fail to eliminate some protozoan cysts.

Even so, chlorine is a good choice where protozoan cysts are not a threat for its inexpensiveness and ease of dispersion in water systems. It is also effective in emergency situations where water contamination occurs.

How We Chlorinate Water Systems

Chlorination can happen at any point during the water treatment process. Common chlorination stages include when raw water enters the facility, after it goes through the sedimentation tank, and after the final filtration. The three types of chlorine most commonly used are chlorine gas, calcium hypochlorite, and sodium hypochlorite.

Jet Blast® Industrial Services strives every day in an effort to provide our customers with the best service and equipment possible. Providing a safe and stable workplace has allowed us to keep a team of quality people with most having a tenure of 15 – 25 years with Jet Blast®. With all that experience under one roof, we have been able to provide reliable 24-hour service for over 42 years. I believe this helps to set us apart from the competition.

Categories: Disinfection of Water Systems | Tags: chlorination, chlorination of water systems, and what is chlorination
This entry was posted on Thursday, August 12th, 2021 at 12:53 pm. Both comments and pings are currently closed.